Mac vs PC. Which platform is right for you?

When it comes to “Mac vs PC” debate, both sides have a solid fan base and legit arguments as to why their platform is superior than the other. It is probably the biggest and longest running rivalry in the computing circles.

Macs and PCs both have passionate followings and over the years the differences between the two types computing platforms has lessened considerably, thanks to the rise of the Cloud and App developers that are creating apps compatible with both PCs and Macs.

However, there are still a few tasks that are handled better by one operating system or the other.

When buying a Mac, you also buy in to Apple’s philosophy of software and hardware working together to produce a seamless computing experience. The macOS is specially made for the hardware used in a MacBook, iMac, Mac Mini or a Mac Pro. It cannot run on any computer other than a Mac which is only manufactured by Apple.

On the other hand, the scene is completely different in the PC world. PCs manufactured by dozens of companies, and the operating system Windows that they run is created and owned by Microsoft.

So while you don’t have any option when getting a Mac other than going to Apple, but if you want to get a PC, you are spoilt for choice from manufactures like Dell, HP, Lenovo, Acer and so on.

Since the start Macs have a reputation of high end computers with premium prices as compared to PCs which are often cheaper. Apple argues that Macs are expensive because of the high quality components and materials that are used to built them and thus provide better performance and reliability.

PC on the other hand, have far lower prices which makes them a better choice for majority of the people who want to use their computer for basic tasks such as, word processing, internet browsing, streaming and more.

You can’t really make a direct comparison between prices of PC and Macs because of the different business models.

Just as there isn’t much choice when purchasing a new Mac, it is equally difficult to get them upgraded or repaired when they fail. In the past, you could only upgrade the hard drive or RAM of a MacBook or iMac, but now even that is not possible.

The new versions of MacBooks and iMacs come with storage and memory soldered on to the logic board which makes them un-upgradeable and very difficult to repair. You will have to go to Apple directly or an authorised Mac repair centre in Dubai like Tech Experts to get your Mac fixed or upgraded.

Things are little forgiving in the PC universe, as PCs come in many different models, from various vendors, it is usually very easy to upgrade the internal components like hard drive or memory. In some cases graphics cards and processors are also upgradable. The upgradability options are unlimited and due to this the repairability of PCs is far easier and common.

PCs have always been an absolute favourite of gamers and that doesn’t seem change anytime soon. PCs combined with the Windows operating system offer the widest range of graphics performance and compatibility. Majority of the game developers make their games keeping in mind the latest technologies introduced in the Windows operating system and PC hardware. So PC is a clear winner in the gaming department.

There was a time when PC were know for frequent crashes and errors but overtime the Windows operating system has become more stable and reliable. While Mac still hold a better reliability record which overtime has only gotten better.

PCs have also been the target of major virus attacks over the year. Because of its market domination and popularity, hackers have always targeted Windows operating systems and more or less ignored the Macs. The chances of getting a virus on a PC still remains higher than with a Mac, but this is more about the numbers game than technology.

Macs and PCs have some clear differences. In the end it comes down to your personal preference, type of usage and the price factor. As per the market share, PCs tend to be the winner and are the most widely used type of computers, while Macs remain the choice of creative designers and people looking for premium user experience.

Either way, no matter you use a PC or a Mac, you really can’t go wrong, because in this time and age the line that separates PCs from Macs is getting blur more and more.

How to Back Up your Photos Library on a Mac 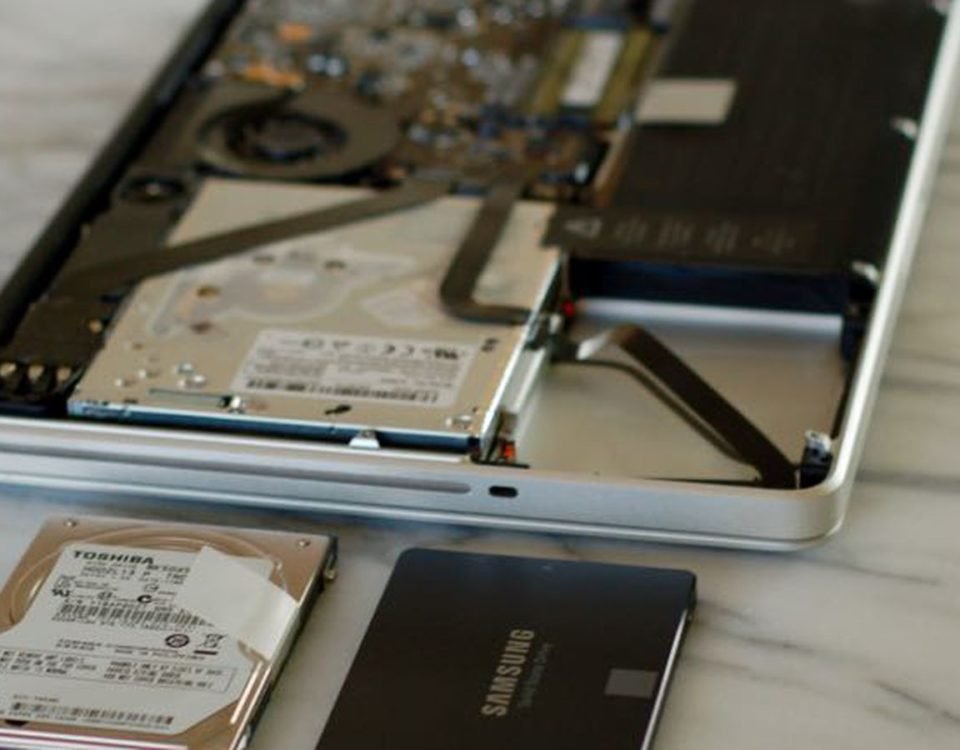 Speed up your old Mac with a SSD Upgrade